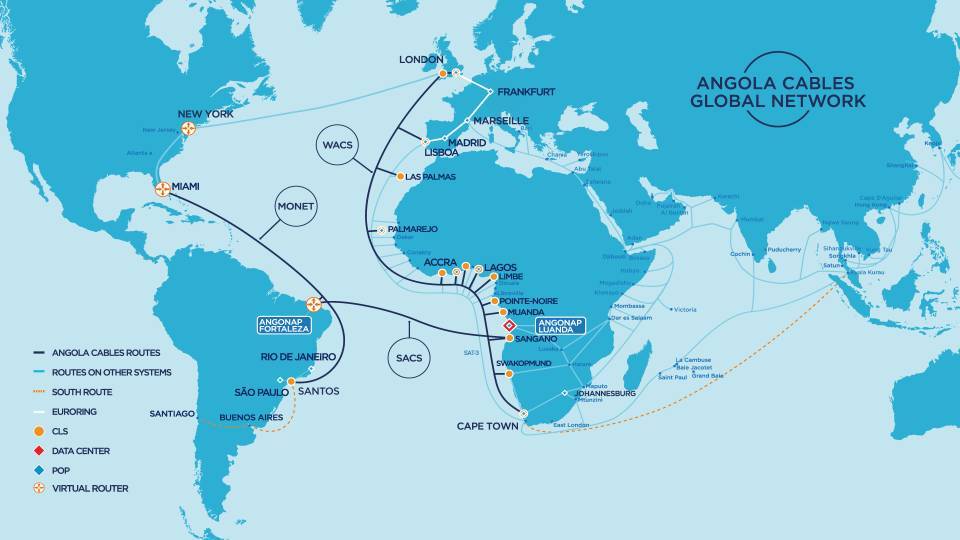 Traffic on Angola Cables' South Atlantic Cable System (SACS) has seen a tenfold increase since it went live 2018, with more African telcos looking for direct access to markets in the US and South America.

According to Angola Cables when the 6,156 km intercontinental subsea cable came on stream in September 2018, latency between Africa and the Americas was almost halved, opening an express digital connection to accelerate digital and economic growth on either side of the Atlantic.

SACS gives faster access to Latin America with a direct connection between Luanda, Angola and Fortaleza, Brazil and also connects the US and Europe via the Monet Cable connection.

Angola Cables CEO Angelo Gama said not only has private line connections to the US and Latin America seen significant growth but the low latency between the Americas and Africa has enabled operators in Africa to optimize their global network solutions via the subsea cable system.

"On the other hand, from Americas to Africa, we are seeing a sharp demand from hyperscalers and content providers looking to utilise the low-latency routings of SACS to transit and cache data closer to the edge or base of their trans-Atlantic customers," he said in a statement.

Liquid Intelligent Technologies recently opened a Point of Presence (PoP) in Miami, using the low latency connection of SACS. The POP connects to their 100,000km fiber network across 11 countries on the continent and another 14 countries via the Operators Alliance Program and Liquid Satellite Services. 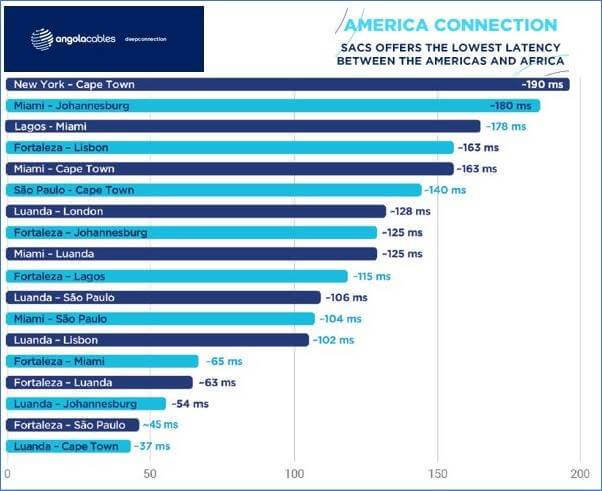 "Via SACS we are able to guarantee a secure, high-speed interconnection to all our partners and customers in the USA and give our customers in Africa direct access to internet and data center resources in the US," Eurin said.

Vodacom also upgraded their connection on the SACS cable to extend services and solutions for clients into Brazil and Chile.