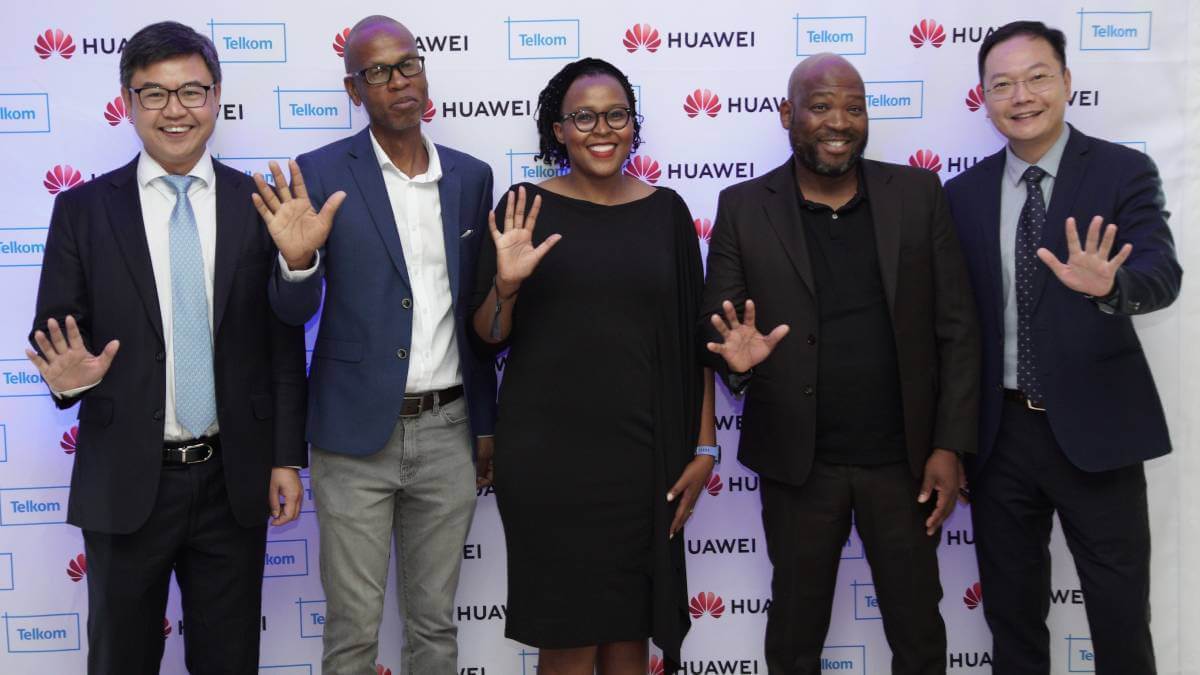 South African telecommunications operator Telkom has launched its 5G high speed Internet network using technology from China's Huawei Technologies. The partially state-owned operator said it will initially use the network to provide fixed wireless Internet via 5G rather than focusing on mobile 5G.

Telkom joins its competitors Vodacom, MTN and Rain in the quest to provide high speed Internet in South Africa. Data-only network Rain rolled out its 5G services in 2019 and Vodacom and MTN followed with commercial launches in 2020.

Telkom said it will use its 125 5G base stations located in the provinces of Gauteng, KwaZulu-Natal, Eastern Cape and Western Cape at launch.

The telco's managing executive Lebo Masalesa said the company is rolling out 5G nationally and in smaller towns, with the intention to build network where it is needed.

"Once there is a greater proliferation of 5G capable mobile devices on Telkoms network, it will launch 5G services for mobile users," he added.

"5G stands head and shoulders above 4G and LTE through faster and more reliable connection it provides, however it was critical for us to make sure that our existing 4G ecosystem remains strong whilst introducing 5G into the market," continued Siyo.

The SA operator invested 2.1 billion South African rand (US$116 million) for 42MHz of frequencies in the spectrum auction by the Independent Communications Authority of South Africa (ICASA), supporting its network upgrades.

Telkom SA's commercial 5G rollout comes on the back of Safaricom in Kenya making a similar announcement last week about a focus on retail and enterprise customers for 5G rather than mobile, as it launched its 5G Internet service following trials that started in March 2021.

Furthermore, the commercial 5G launch comes after MTN walked away from talks to acquire Telkom. The talks between the two companies stalled when the data-only network operator Rain offered its network up to Telkom SA to acquire, in a move that stood in the way of MTN's plans to buy Telkom.

Rain doesn't publish subscriber numbers but is estimated to have under 1 million users on its network, putting it firmly in fifth place behind Cell C which has around 13.4 million customers.