250,000 Kenyans got a Safaricom smartphone on credit 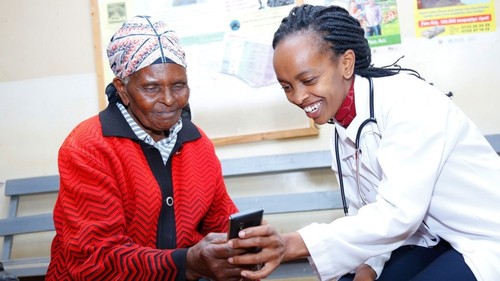 Around 250,000 customers bought smartphones through Safaricom's financing project  known as "Lipa Mdogo Mdogo"  between its launch last July and the end of March 2021.

That's according to Safaricom's Annual report for 2021 which shows that over 60% of the people who took up the credit program upgraded from a 2G or 3G device to a 4G device.

One of Safaricom's short-term goals is to democratize data and grow smartphone penetration and usage in Kenya.

"One of the most significant barriers to mobile Internet adoption has always been that of smartphone affordability. Access to smartphone devices in Kenya is still quite low with many Kenyans still on 2G and 3G devices," Safaricom said in the report.

The operator said its 4G network now covers 94% of the Kenyan population, up 17% YoY.

Safaricom said that its most affordable 4G smartphone is the Neon Ray which costs KES3,999 ($37).