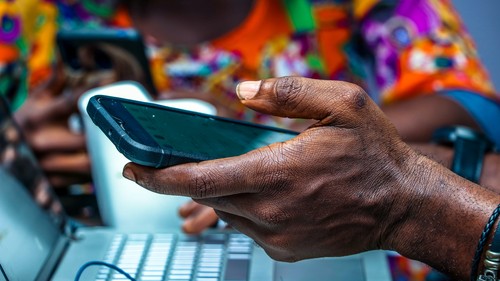 Mobile money users across Africa will be disappointed to find that some operators have started to reinstate mobile money transfer fees that were waived three months ago when the COVID-19 pandemic was first beginning to affect the continent.

At the start of the pandemic, governments across Africa urged citizens to shy away from physical cash and use mobile money services when they could to help stem the spread of the virus. In some cases, like in Kenya, central banks instructed operators to reduce or waive fees to encourage citizens to use their mobile money services rather than cash.

Some operators initially promised to waive fees on small transactions for 30 days, and some were extended to 90 days, but now across the continent it seems operators are beginning to reinstate these fees, after more than three months.

Earlier this month MTN Group's executive for mobile financial services, Serigne Dioum, said MTN had zero-rated 120 million peer-to-peer mobile money (MoMo) transactions with a value of around R43 billion (US$2.5 billion) since the COVID-19 pandemic kicked off in Africa.

The group's initial response in March saw it allowing free peer-to-peer cash payments on MoMo for small amounts in Nigeria, Ghana, Uganda, Rwanda, South Africa, Zambia and Cameroon for either 30 days or 90 days, but those time limits have now elapsed in most countries or will do so in the next week.

In Liberia, both Orange and MTN (Lonestar Cell MTN) have announced they are reinstating all waived fees on their mobile money platforms from the beginning of July. The fee reprieve in Liberia was only supposed to be for one month, from March 24, but the measures were extended to June 30. Now Orange and MTN say the fees are coming back because the COVID-19 outbreak restrictions are easing in the country.

In Uganda, MTN and Airtel put out a joint statement last month saying that from May 26, MTN MoMo and Airtel Money person-to-person (P2P) transactions on the same network, and Mobile Wallet-to-bank transactions, would be gradually reintroduced at a 50% discount to standard tariffs for 30 days.

All MoMo and Airtel Money pay transactions in Uganda between customers and merchants would continue to have zero transaction charges until June 26.

Kenya continues
Kenya seems to be the one exception. Users initially thought the fee reprieve was over but the Central Bank of Kenya (CBK) on Wednesday instructed operators to extend emergency measures until December 31, 2020.

The CBK said in a statement that the measures that will remain in place include the waiving of charges on mobile money transactions of below KES1,000 (US$9.40) and the retention of tariff and wallet limits announced in March.

This comes after Kenyan operators Safaricom and Airtel had both come to the end of their 90-day free periods, which started in March.

In April, Safaricom said its support for the pandemic had cost the telco KES6.5 billion ($61 million), and Chairman Nicholas Nganga said this cost was "growing every day."