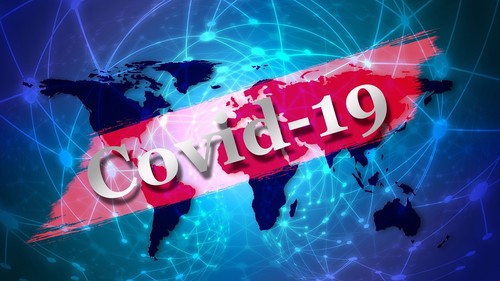 East Africa can expect a slowdown in its smartphone market during the coming quarters as the global COVID-19 outbreak continues to severely impact economies and supply chains worldwide.

This is according to market research firm International Data Corporation (IDC), which forecasts shipments to decline 12% quarter-on-quarter (QoQ) in East Africa in Q1 2020 and fall a further 3% in Q2 2020. Looking at 2020 as a whole, IDC expects the East Africa smartphone market to decline 1.6% year-on-year (YoY).

There are now more than 182,300 COVID-19 cases globally and at least 7,165 people have died, according to a Reuters tally. At least 30 African nations have now reported more than 400 cases between them.

In response to the pandemic, IDC has developed three possible scenarios  Optimistic, Probabilistic, and Pessimistic  and analyzes their potential impact in a new report, Worldwide and MEA Smartphone Markets: Scenario Assessment of COVID-19's Impact.

Currently IDC believes that the Probabilistic scenario is the most likely to occur, with both supply- and demand-side concerns lessening by the second half of 2020. It believes there will be a recovery in Q3 and Q4 of 2020 across each of the East Africa markets "if the virus is contained and supply chains return to normal."

The smaller markets of Tanzania and Uganda are likely to see steeper declines as the priority of limited supply is expected to be given to the bigger Kenyan market.

"Top distributors and retailers have warned that prices of consumer goods, mobile phones, TVs, and fridges, among others, will rise from March 2020 as the effects of the COVID-19 pandemic disrupt supply chains. Those distributors that shipped in goods in bulk before the start of the Chinese New Year in January expect to run out of stock in a few weeks," IDC says in a statement.

The Chinese brands Tecno, Itel, Infinix, Oppo, Xiaomi and Huawei account for more than 85% of total smartphone shipments to East Africa. Meanwhile, other brands such as Samsung and Nokia source their components from China, with the assembly of a certain portion of their devices also taking place in the country.

Due to the dominance of the Chinese brands in the East Africa market and the dependence of other brands on China for components and assembly, the slowdown in China will have a huge impact on the smartphone shipments in the short term. IDC also believes the virus will affect the launch patterns for new smartphone models.

As of Tuesday March 17, 2020 there were over 182,300 COVID-19 cases globally and at least 7,165 people had died.
"East Africa's smartphone market is growing due to the large population of young people and the increasing adoption of technology in this developing region, while the relatively calmer economic climate also helped spur growth throughout 2019," says George Mbuthia, a research analyst at IDC.

"Demand for smartphones remains very high in East Africa, so shortages in supply are currently driving an increase in gray market units from Dubai and elsewhere in the Middle East. This is expected to continue until the impact of the COVID-19 outbreak on supply chains in China lessens or the gray channels run out of excess stock."

Dr. Ramazan Yavuz, a senior research manager at IDC, believes that the market will continue to decline in the second quarter of the year due to supply chain disruptions in China.

"The prices of the available smartphones will also rise slightly, driven by the shortage in supply. At this early stage of the crisis, it's important to be circumspect and IDC's Probabilistic scenario has the virus being contained by Q3 2020, at which point production should fully resume," says Yavuz.

The muted outlook comes on the back of a 20.3% year-on-year increase in Kenya's smartphone market shipments in the fourth quarter of 2019. Meanwhile Tanzania and Uganda experienced YoY growth of 8.7% and 8.6%, respectively.

Transsion brands (Tecno, itel, and Infinix) dominated the East Africa smartphone market, accounting for 70.8% of total shipments in 2019. Samsung placed second with 10.9%, followed by Huawei and Xiaomi with respective shares of 5.2% and 3.7%.

MEA growth muted
The COVID-19 outbreak has also forced IDC to revise its forecast for the whole Middle East and Africa (MEA) smartphone market in 2020 downwards.

Under the IDC's Probabilistic scenario, its forecast for YoY smartphone shipment growth across the MEA region in 2020 has been brought down from +2.4% to -0.4%.

"It is IDC's current opinion that the Probabilistic scenario is still the most likely to occur," says Nabila Popal, a senior research manager at IDC. "However, day by day, the Pessimistic scenario is becoming an increasing possibility as stock markets around the world plunge into a tailspin and day-to-day life is disrupted in major countries globally."

"Even in the most optimistic of recoveries, the massive disruption that COVID-19 has already caused to supply chains and business operations will permanently alter how companies operate once the dust settles," Popal adds.

With the exception of Iran, when looking at other regions globally, the MEA region has comparatively few COVID-19 cases, although uncertainty around the pandemic is now impacting the daily lives of consumers across the region.

"It is important to keep in mind that this is a very fluid situation with facts and figures changing by the hour," says Ramazan Yavuz, a senior research manager at IDC. "No matter the scenario, COVID-19's ripple effect will impact all industries and economies globally."