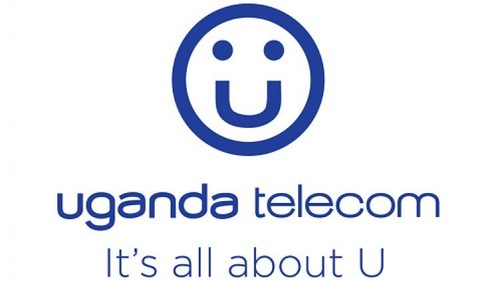 The ownership saga of Uganda Telecom Ltd. (UTL) has reached a conclusion, at least for now, with acquisitive equity firm Teleology stepping in to take a majority stake in the national operator for US$71 million.

The deal concludes a period of upheaval for the operator. When the Lap Green Network of Libya, a subsidiary of the state-owned Libyan Post, Telecommunication and IT Company (LPTIC), pulled out of 14-month long rescue plan of UTL in March 2017, its partner, the Uganda government, had to buy UTL's 69% stake in UTL from Lap Green and nationalise the telco.

In May this year, the Ugandan cabinet approved a revamp of struggling UTL with a four-pronged strategy, the priority being to "source for a competent investor." The other strategic actions -- extended licence, increased spectrum bandwidth, and unlimited access to backbone networks  would not only strengthen the operator but help make it more attractive to potential buyers. Six companies from Africa, the Middle East, and the US sent in their bids, but Kenya's Safaricom and Ghana's Afrinet Communications Ltd subsequently withdrew from the race.

By July, it emerged that Mauritius Telecom, which sent in a bid for 69% of the share at a price of $45 million (i.e. valuing the company at $65 million) and a capital injection of $100 million over three years, was the favourite to win. According to a government memo obtained by The EastAfrican, the finance minister Evelyn Anite recommended that "the administrator awards and finalises with Mauritius Telecom as the only credible potential partner with the government as recommended by the Financial Intelligence Authority."

However, the government-appointed administrator, Bemanya Twebaze, who was tasked with maximising the return for the creditors, believed the Mauritius Telecom offer was way below the assessed company valuation of $80 million. Instead, the administrator elected to "select the best three potential partners and engage them further with a view to revising their offer upwards. A final offer will be made to a partner with the highest offer," according to the memo.

The process was further delayed by the clash of views between the finance minister, whose department was overseeing the sale of UTL, and the cabinet subcommittee for business chaired by the First Deputy Prime Minister, General Moses Ali. The subcommittee favoured the ultimate winner Teleology Holdings Ltd., which was the highest bidder by that time. By late September the Nigerian company upped its offer from its initial bid of $60.5 million for 67% of the shares to $71 million, therefore valuing the telco for $106 million.

Teleology was eventually selected as the winning bidder following a cabinet meeting behind closed doors early this month, and with support from President Yoweri Museveni, who was called upon to break the deadlock, according to a report by The Daily Mirror.

Teleology was required to pay a non-refundable $7 million within a month of receiving the offer and to pay up the rest of the pledged amount two months afterwards.

This is the second high-profile acquisition in which Teleology has been involved in recent months. It was the successful bidder for 9mobile (formerly Etisalat Nigeria), Nigeria's number four mobile operator, with an offer of $500 million last February. (See Teleology Closes In on 9mobile Acquisition.)

After a long and sometimes controversial process, the deal is now in the final stages of completion, though it is still subject to a technical evaluation to decide if it has the necessary competence to run a mobile operator business. The competence question was also raised by Uganda's finance minister when voicing her disagreement with the final decision.

UTL has been struggling in the mobile market in Uganda, which, according to research company Ovum, is dominated by Airtel and MTN. The two leaders serve close to 90% of the market between them, while UTL's share has declined to about 5% by June this year.

Uganda is not the only country resorting to privatisation to save ailing state-owned telcos. Zimbabwe's Finance Minister Mthuli Ncube announced last week in London that the government will privatise a string of state-owned enterprises within the next six months "as part of Zimbabwe's Public Enterprise Reforms." On the list are fixed line and internet service provider TelOne, as well as mobile operators NetOne and Telecel Zimbabwe.