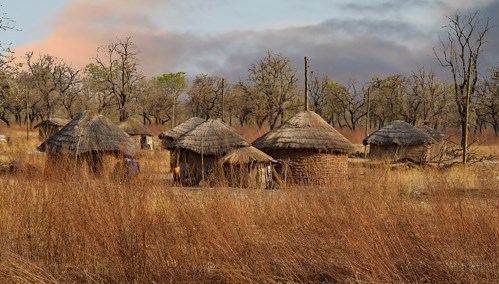 As the global telecoms market moves to deploy more 4G/LTE networks and looks to establish the first 5G networks (for which the standard is not yet even agreed), what does this mean for developing regions such as Africa, Latin America and South East Asia?

The GSM Association (GSMA) recently published its The Mobile Economy 2017 report, this shows the stark realities of what is working and what is needed. It states there is currently a 65% unique subscriber penetration rate globally, with the expectation that this will grow to 73% by 2020. Let's think for a second about what this actually means: About one in every three people in the world do not have access to mobile communications. And that's not just a lack of access to mobile broadband, but to any form of mobile communication -- no phone calls, no SMS, nothing at all.

Now, let's compare this with the situation in Africa. Sub-Saharan Africa currently has a unique subscriber penetration of 44%, which is expected to grow to 50% by 2020. So, as we sit and read this -- in first world communities, most of us will be reading this on a tablet, smartphone or computer connected to broadband connection -- more than half of all the people in Africa do not have access to even the most basic forms of personal communication.

This presents a massive market opportunity for any business wanting to capitalize on connecting communities in Africa. So how can this be achieved? Many organizations are getting involved: Facebook has the Telecom Infra Project; while Google has multiple programs aiming to achieve such goals.

But the question remains: Which technology can will have the greatest impact in the shortest time?

So how can we accelerate the process of connecting the unconnected and giving people access to the digital economy?

We also need to consider the conditions in Africa. In rural Africa, there is intermittent access to electricity at best  sometimes it is completely non-existent. This means that the devices used in these areas will need to have battery life of longer than 24 hours. That factor, plus the cost, makes smartphones impractical in these areas. Combine this with the cost of spectrum and the limited geographic coverage that can be achieved with current spectrum bands assigned for LTE, and 4G looks to be an unsuitable option for rural Africa.

This leaves 2G and 3G as the more suitable solutions. But 3G presents similar problems to 4G, as feature phone battery life is still a concern (though it is substantially better than that of smartphones) and they still require regular charging. However, geographic coverage is better.

Now, if one compares the power supply required by the base station sites, 3G requires substantially more power than 2G. And considering the intermittent to non-existent grid power in rural locations, diesel generators or large off-grid power solutions are required to operate 3G sites. Alternatively, 2G sites can be built with fairly small off-grid power solutions, thus reducing the overall capital expenditure requirement. So, ultimately, more 2G sites than 3G sites can be built with the same allocation of funds, covering a larger geographic footprint  a win-win for those communities currently without any coverage at all.

The consumer rationale for deploying 2G in rural Africa is clear. This strategy was made evident at Mobile World Congress, when HMD Global relaunched the firm customer favorite device, the Nokia 3310. Why would a handset manufacturer re-launch a 17-year-old device? Food for thought.

What is the right technology for rural Africa, Latin America and South East Asia? Yes, this article focused on Africa, but market conditions are similar enough across these other markets for some generalizations to apply.