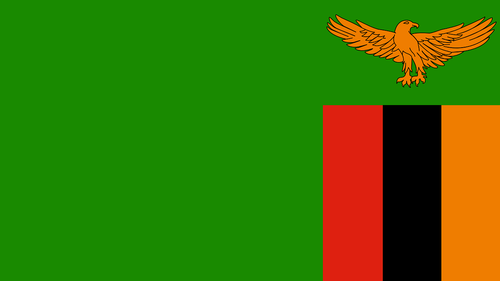 Will Zambia shut down the Internet? A source says the government plans to, when the country goes to the polls on Thursday.

The source, in the country's Ministry of Communications and Transport, says the government plans to shut down the country's Internet from August 12 to 15.

The news, which has been reported broadly, has caused a stir. A group of 40 human rights, technology, and freedom organizations, joining together as the #KeepItOn coalition, has written to President Edgar Lungu asking him to ensure the Internet stays on.

Meanwhile, the Ministry of Information and Broadcasting Services has replied calling the reports false and malicious propaganda.

The election is crucial, but it's not a fair fight, says the Economist. Zambia, which saw its founding president Kenneth Kaunda voluntarily leave office in 1991, once seemed more likely to follow the path of Botswana than Zimbabwe.

But how things have changed. Lungu's government has engaged in what Amnesty called in June an "increasingly brutal crackdown" on its opponents. The country's external debt has risen by a factor of seven, loans being spent on Chinese-built infrastructure with a helping of graft.

Unfree, unfair and unpredictable is how Zambian researcher Neo Simutanyi characterizes this week's elections. Lungu faces businessman Hakainde Hichilema as the chief opposition candidate, who has the support of half the country in academic polls.

But Lungu has not fought fair. Police have cited COVID-19 rules to stop Hichilema from campaigning, but have forgotten to do so for Lungu's own efforts.

"The internet has given people a platform to speak up, communicate and be informed," tweets Hichilema. "Dictators don't like that. That's why they'll take that power away from you."

For opposition parties, an Internet blackout means not being able to send final campaign messages, tell supporters where and how to vote, and to post incidents of electoral irregularities, violence and intimidation on social media.

After the election, if opposition party supporters suspect the polls have been rigged, switching off the Internet also stops them from organizing protest rallies online.

The internet has given people a platform to speak up, communicate and be informed. It has enhanced the power of the people. Dictators don't like that. That's why they'll take that power away from you.

The country's two largest mobile providers, MTN and Airtel, have not guaranteed they will not shut down Internet access.

MTN confirmed it had shut down the Internet in four other African countries recently during unrest, but said "in all cases, restricting access to the internet is a last resort".

And cases of Internet shutdowns in Africa certainly are on the rise.

Tanzania restricted access to the Internet and social media applications during its October 2020 elections.

In June 2020, Ethiopia imposed an Internet shutdown for close to a month, after the killing of prominent activist and singer Hachalu Hundessa led to widespread unrest.

Among other countries that have restricted access either to the Internet or social media in 2020 are Zimbabwe, Togo, Burundi, Chad, Mali and Guinea.

And of the 22 African states that have disrupted internet access in the last five years, 77% are dictatorships, according to the Economist Intelligence Unit's democracy index.

Meanwhile in Zambia, one opposition supporter tweets "Social media is the only platform on which we criticise the PF (Patriotic Front) government freely".

Furthermore, she adds, it is a less biased source of information than ZNBC news which is "full of praises for PF and never gives opposition views."