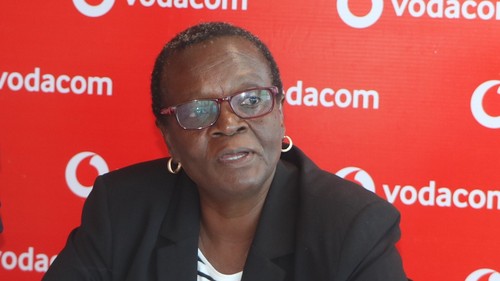 Growth in M-Pesa customers and data usage has helped boost Vodacom Tanzania's service revenue, and will see it pay out a total of 427.5 billion Tanzanian shillings (US$184 million) in dividends to its equity shareholders, of which TZS400 billion ($172 million) is a special dividend.

"Despite a challenging year from both competitive forces in the market as well as the regulatory environment, the company recorded sound operational performance building from its commercial momentum from the previous year," said interim board chairperson Margaret Ikongo at Vodacom Tanzania's recent annual general meeting.

She said that the company invested TZS154.6 billion ($66.7 million) in its network and IT infrastructure and spent over TZS327.7 billion ($141.3 million) on more than 120 local suppliers and partner companies in Tanzania. The company also created indirect employment to over 135,000 Tanzanians through agents, service desks and freelancers.

Vodacom Tanzania saw M-Pesa revenue grow by 7.4% over the past financial year, contributing TZS358.2 billion ($154 million) in total turnover to the company. Data revenue also increased by 9.8%, bringing in a total of TZS180.8 billion ($78 million).

Vodacom recently celebrated its 20-year anniversary in Tanzania after beginning operations in the East African country in August 2000.

Since then it has grown its operations to cover an overall customer base of 15.5 million subscribers, by the end of March 2020, of which 10.1 million are M-Pesa customers. Vodacom Tanzania listed on the Dar es Salaam Stock Exchange in 2017.

Ikongo expressed optimism over the company's performance despite having to bar over 2.9 million customers in line with biometric registration requirements in the country.

Vodacom Tanzania controls about 32% market share in the country, making it the biggest operator in Tanzania, followed by Tigo Tanzania with about 28% market share and Airtel with 27%, while a number of smaller operators make up the remainder.