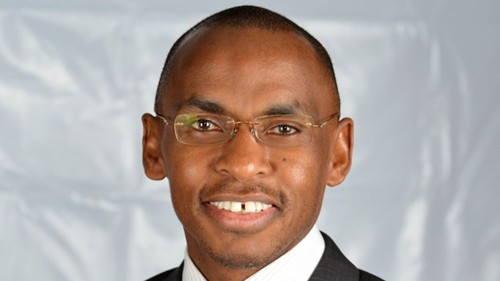 Safaricom has finally appointed a new permanent CEO, with Peter Ndegwa due to join the Kenyan telco on April 1, 2020.

Collymore's death shocked the market as Safaricom had in May extended his contract for another year, to August 2020. At the time many were expecting Kenya's leading mobile operator to soon announce a new CEO, as Collymore was expected to step down later this year: He had for several years been battling acute myeloid leukemia. (See Collymore Extends His Stay at Safaricom.)

The Safaricom board of directors announced Ndegwa's appointment on Thursday afternoon, saying he brings a wealth of experience in general management, commercial and business strategy, sales and finance operations, having spent over 25 years in various roles within the financial services and fast-moving consumer goods (FMCG) sectors in Africa and Europe.

Peter Ndegwa will take over as Safaricom CEO in April 2020.

Ndegwa joins Safaricom from British alcoholic beverages company Diageo, where he is currently the managing director of Diageo Continental Europe. In his current role, he oversees the operations of Diageo in 50 countries in Western and Eastern Europe, Russia, Middle East and North Africa region.

"He had previously served for seven years as CEO in Guinness Nigeria and Guinness Ghana Breweries, where he transformed the two operations to deliver a double-digit growth by investing in people, introducing new brands and reorganising the businesses," said Safaricom Chairman Nicholas Nganga.

Previously he also held a range of senior executive roles at Diageo subsidiary EABL in Nairobi and started his career at PwC, the global consulting firm, where he worked for 11 years.

Safaricom is Kenya's leading mobile operator with more than 31.8 million customers. Listed on the Nairobi Securities Exchange and with annual revenues in excess of KES200 billion ($1.9 billion), Safaricom provides over 93% of Kenya's population with 4G and 3G coverage and 96% of Kenyans with 2G coverage.