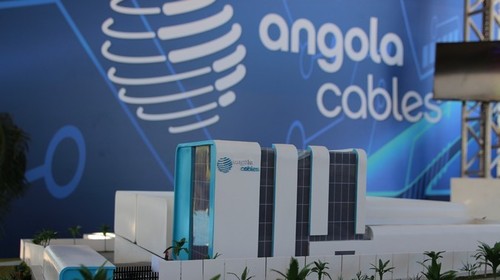 Angola Cables has launched a new cloud platform service in an effort to meet demand for cloud resource availability from companies operating in Africa.

The network and data center operator says the launch of its 'Cloud-as-a-Service' offering follows strong demand from companies operating across the African continent that are looking to innovate and accelerate their digital capabilities, without having to incur additional software licensing and other operating costs.

The Angola Cables Cloud Service offering is a multi-platform solution that comprises a suite of on-demand hardware and software resources, accelerated processing and storage that can be accessed anywhere in the world via any Internet-connected device.

The move makes sense. According to World Wide Worx's Cloud Africa 2018 research, Africas appetite for cloud services is growing at an unparalleled rate. Whilst some regions across Africa still don't have the infrastructure needed to support enterprise-grade cloud services, or have yet to reach the levels of demand that would attract the required infrastructure investments, the use of cloud platforms and services among medium and large organizations has more than doubled since 2013. (See The Cloud in Africa: Part 1 and The Cloud in Africa: Part 2.)

"We are already seeing a steady increase in investments being made by governments, banking and financial institutions and other businesses on the continent in using the cloud to deliver more secure, user-friendly applications and services to their customers," he says.

Angola Cables has announced a new cloud service for Africa.

The Angola Cables Cloud Service is now available via the AngoNAP data centers in Luanda and AngoNAP Fortaleza Tier III in Brazil with direct links to the South Atlantic (SACS) and Monet subsea cable systems.

Nunes says the current infrastructure is ideal for a wide range of customers from large multinationals to over-the-top content providers, Internet service providers and high data volume users that share data across the continents of Africa and South America and to the rest of the world.

"Given the flexibility of our infrastructure and the ultra-low latency routings available across our subsea cable network, we are in an ideal position to assist and support companies with their cloud migration and the digital transformation of their enterprises," concludes Nunes.

Angola Cables may be entering the market at an opportune time, but it's going to face fierce competition from the likes of Microsoft, Amazon Web Services (AWS), Huawei and others that have all been ploughing resources into the networking and data center infrastructure need to support cloud service offerings. (See The Battle for the African Cloud.)