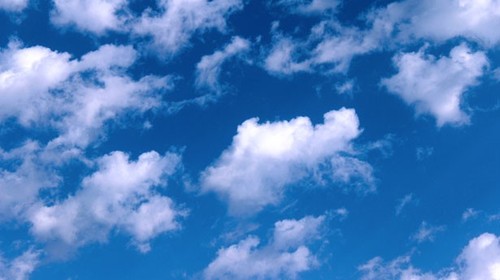 Tech giants like Amazon Web Services (AWS) and Microsoft are betting big on cloud computing in Africa as the market looks set to experience significant growth in the coming years.

The reason for that expected growth were outlined in the first part of this report. (See The Cloud in Africa: Part 1.)

But why are the global Web services giants now getting in on the act? Following a more general trend of tech multinationals scaling up their operations on the continent, both Amazon Web Services (AWS) and Microsoft have been investing heavily in their data center and cloud service operations.

AWS Direct Connect landed for the first time on the African continent in December 2017, with two new sites in Cape Town and Johannesburg, while the company announced recently that it would open an infrastructure region in South Africa in the first half of 2020. Microsoft has been steadily rolling out its Azure services in Africa for a while now.

Globalisation and growth
Why the recent surge in interest? According to Guy Zibi, founder of research firm Xalam Analytics, part of the growth of AWS and Microsoft operations in Africa can simply be put down to the forces of globalisation.

"Those customers have a strong Africa presence, and the ability to offer a nearly seamless experience across a global network is critical to the value proposition of a Microsoft or AWS. That necessitates some form of Africa presence," added Zibi, who believes the market is already worth in excess of US$1.7 billion per year.

It goes further than that, however. As African economies develop, and local tech markets develop, Zibi says there is a "real, pent-up demand" that these companies (and others) want to tap into.

Africa remains a small fraction of the global revenues of companies like AWS and Microsoft, but its share is growing, and it is still a US$60 billion IT and communications market that is home to around 400 companies that generate more than US$1 billion a year in revenue, according to McKinsey. The Brookings Institution, meanwhile, says around 25 of the worlds 2,000 largest companies have their headquarters in South Africa.

"Add to that a market of around half a billion Internet users and growing, and it becomes obvious they cannot entirely ignore Africa," said Zibi.

Leapfrogging with cloud
Not only is it a growing market, but it is also one that is increasingly keen to use tech to leapfrog stages of development. Dean Erasmus, Azure business lead at Microsoft, says Africa is a market that shows "amazing innovation" when it comes to adoption of technology.

"This is because of infrastructure and cost that force many customers to look to the innovative technologies to mitigate the gaps caused by local dynamics that cannot be solved by traditional technologies," he said.

This willingness to leapfrog developmental stages and overcome infrastructural challenges means companies such as Microsoft have the opportunity to play a key role in accelerating digital transformation in Africa.

"It's a great and unique opportunity that our continent provides us," he stated.

It is an opportunity that is predicted to lead to huge revenue increases and create a great number of badly needed jobs on the continent. A report entitled Economic Impact of IT & Microsoft in South Africa carried out by IDC, for example, said the increased utilisation of public cloud services and additional investments into private and hybrid cloud solutions would help businesses generate close to US$5.8 billion in net new revenues and create 112,000 new jobs over the next five years. And that's just in South Africa.

"Africa also faces many socio-economic challenges which need new solutions. Combining computing at the edge, the power of cloud storage, artificial intelligence and IoT has led to innovation in everything from diagnostics to fighting poaching in conservation parks," Erasmus said.

Erasmus said there is growing uptake in all geographies, led by Southern Africa. "Activity in Southern Africa has accelerated with our announcement of local cloud regions coming to South Africa, but we see demand growing in North, East and West Africa accelerating as customers are looking to cloud services to manage cost and drive new revenue," he said.

This is a pattern the likes of Microsoft and AWS are well versed in, as they have seen it all before. Geoff Brown, Sub-Saharan Africa regional manager at AWS, says adoption patterns are similar to those witnessed in the US and Europe during the past 12 years.

"The developer communities in East and West Africa have been fast to adopt AWS for mobile- and consumer-facing applications. Across vertical industries, financial services, retail, media, and energy are some of the leading adopters in South Africa," he said.

It is this speeding adoption that prompted Brown's company to launch a new AWS region in South Africa, meaning organisations will be able to provide even lower latency to end users across Sub-Saharan Africa, assuring customers that stored content will not leave the country without their consent, and allowing customers to launch new services even faster, while leveraging advanced technologies such as AI and IoT.

Multi-size, multi-sector
But who are the customers that AWS and Microsoft are now anticipating adopting cloud services in their droves to justify their sizeable investments on the continent? Well, everyone, apparently. Brown says AWS is seeing "remarkable uptake" by organisations of all sizes -- enterprises, startups, small, medium and micro-sized enterprises (SMMEs), and public sector organisations, like the National Museums of Kenya (NMK), which is using AWS to digitise its artefacts.

"For startups and SMMEs, we help them quickly start their business and scale as they need to, without worrying about the infrastructure. Using AWS allows them to easily expand their business across Africa, and around the world," said Brown.

Customers operate across all industry sectors, but he said AWS sees most potential in the fintech, mobile, and voice technology spaces. The main excitement for AWS, Brown said, is the continent's mobile-first attitude.

"We see great potential in Africa, and our investment in South Africa and across the continent steadily grows -- in teams to support our growing customer base, in infrastructure and services that power innovation, and in the future of technological education, through a variety of programmes and collaborations."