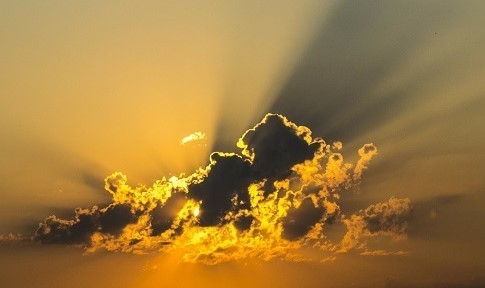 As with other forms of technology, Africa is relatively late to the party when it comes to cloud computing. Now, however, adoption is soaring.

Research conducted by World Wide Worx found Sub-Saharan Africa's three main markets -- South Africa, Kenya and Nigeria -- are adopting cloud at speed. In 2013, fewer than half of midsized and large businesses in those countries were using cloud services, but by 2018 it was "pervasive," according to the results of a study conducted for networking application vendor F5.

As a result, the market for cloud services across Africa is growing three times faster than the global average and is already worth an estimated US$1.7 billion, according to tech market data firm Xalam Analytics, which recently issued a report, The Rise of the African Cloud.

In South Africa particularly, the sector is taking off. Cloud is one of the country's fastest-growing tech segments, with a compound annual growth rate (CAGR) of 21.9% expected through to 2022. Amazon Web Services (AWS) is due to open data centers in the country, Microsoft Azure has been rolling out cloud services and Huawei has been getting in on the action. (See The Battle for the African Cloud, Huawei Unveils Cloud Computing Service in South Africa, AWS Plans Further Cloud Investments in South Africa and Microsoft Opens Data Center Doors in South Africa.)

But why are we seeing such growth? The short answer is that Africa is simply the next big growth market for many forms of technology, with usage similar to elsewhere in the world but saturation points still far from being reached.

"Adoption across the continent is fairly uniform, much like we saw in the US and Europe over the past 12 years. The developer communities in East and West Africa have been fast to adopt AWS for mobile and consumer-facing applications. Across vertical industries, financial services, retail, media, and energy are some of the leading adopters in South Africa," says Geoff Brown, Sub-Saharan Africa regional manager at Amazon Web Services.

Leapfrogging
Much of the narrative around the African tech space involves the concept of "leapfrogging," with the continent adopting new technologies and skipping legacy ones. This is most mentioned with regard to adoption of mobile phones rather than landline technology, but is also relevant in the context of cloud, where companies are bypassing the expensive and cumbersome need for physical IT systems.

Winston Ritson, head of cloud services at Liquid Telecom, says small businesses are the main early adopters. "This is because businesses of these sizes don't have legacy systems and are less invested in traditional IT. Indeed, the majority of sub-25 [employee] businesses are digital from day one and totally cloud native," he says.

There is relevance for larger companies as well, however.

"For multinationals in Africa, cloud gives them greater control over their remote assets and means they can implement the same technology across their global operations," Ritson says.

When we say, however, that cloud adoption is increasing, what exactly do we mean? "Cloud" is a broad and fluid concept, and dynamics vary depending on the forms of services and the demand segment. SaaS [software-as-a-service] has seen the fastest adoption, but rates for IaaS [infrastructure-as-a-service] and PaaS [platform-as-a-service] are much lower. The primary areas of focus are core productivity applications, application development and customer experience-focused mobile-first applications.

Barriers
Africa may be developing at speed, but in many places basic connectivity continues to hold back its development, not least when it comes to cloud adoption. Guy Zibi, founder of Xalam Analytics, says the availability of affordable connectivity is cloud's primary barrier.

"Most cloud services really need at least 4G or high-speed ADSL/fiber to work well. Terrible connectivity -- whether in terms of quality or cost -- just destroys the cloud experience," he says.

This is an issue that's not getting solved any time soon, with recent research from the Alliance for Affordable Internet finding Africans are not getting online as quickly they should, and poor policy is slowing down the spread of affordable connectivity.

Cost of the services themselves is also a factor. Guy Clarke, managing director of the Vodacom Business Africa Group, says forex-impacted pricing means cloud services are not cheap for an African enterprise, while the extra IT capabilities needed are also expensive.

"The free and easy stuff like email, everybody is adopting; the real challenge starts with slightly more complex workloads and IaaS. Add it all up, and moving workloads to the cloud actually turns out to be a relatively difficult decision for many enterprises," he says.

A shortage of the requisite digital skills is also a barrier to adoption.

"New technologies mean new are skills needs, not just in the form of the digital skills needed to perform your daily tasks, but also to operate effectively in a digitally-transformed working environment," says Dean Erasmus, Azure business lead at Microsoft.

Going together
The market in Africa is fragmented, with wide variations in technology rollout. This means cloud vendors need partners in each country or in a particular vertical if they are to offer their solutions effectively. Zibi said there is such an ocean of applications and use cases that one company can't do it all and hope to do it well.

"The mix of combinations is quite boundless -- it's a great opportunity to drive business within specific verticals, but that creates substantial challenges as well," he says.

"You obviously need the technology, the partner who understands the customer well enough to adapt the tech their specific needs, along with somebody to provide locally-based tech support. It's a complex equation -- but there'll be no beneath-the-surface, large-scale uptake of cloud services without credible partnerships."

Such partnerships, including the one Microsoft Azure has agreed with Vodacom in South Africa, are starting to be established on the continent. Erasmus agreed they are crucial.

"Without partners, none of this happens. It is critical to our ability to be successful and to have a meaningful impact on the economies where we do business," he says.

"At its core, Microsoft is a platform company. That's why we're constantly expanding our global reach and adding new innovation to our cloud platform Azure. We rely on our vast partner network to help us deliver end-to-end value to organizations of all sizes by providing our partners with the platforms for them to be able to innovate."