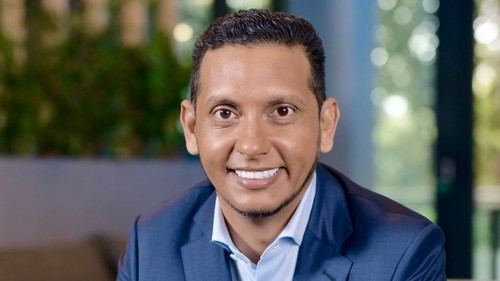 Reshaad Sha, the former head of IoT specialist SqwidNet, has been named as the new CEO of Liquid Telecom South Africa, efffective June 1, 2018.

Sha, who hails from South Africa, was most recently the CEO of SqwidNet, an open access Internet of Things (IoT) network operator. For the past five years he has also served as Chief Strategy Officer and Executive Director of the open access fiber broadband company Dark Fibre Africa. previously he held roles at companies such as Cisco and LogicaCMG.

Once on board, Sha will "oversee the growth of digital services and the rollout of enhanced network services for enterprises and consumers across the country," the network operator announced.

Reshaad Sha will take over as CEO of Liquid Telecom South Africa on June 1, 2018.

"We're delighted to have found such a talented and skilled individual to fill this role," said Nic Rudnick, Group CEO, Liquid Telecom. "Reshaad's entrepreneurial spirit and dynamic leadership make him the perfect addition to the Liquid Telecom Group as we continue to deliver on our vision of building Africas digital future."

Sha will take over from Garth Schooling, Liquid Telecom's Managing Executive of New Business Development, who had been appointed as interim CEO following the recent departure of Kyle Whitehill.