Nigeria Is 'Most Successful Network Sharing Country' in Africa: Report by The Staff 9/13/2017 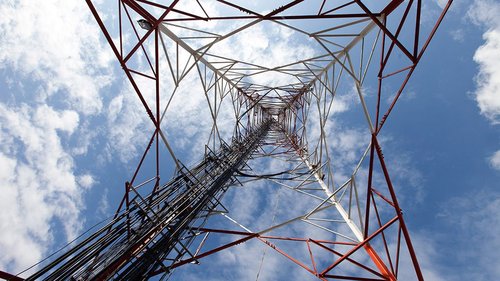 Nigeria is the most successful network sharing country in Africa, according to trends identified in a new report from research house IHS Markit.

According to research conducted by Stéphane Téral, executive director of research and analysis, mobile infrastructure and carrier economics at IHS Markit, India pioneered network outsourcing more than a decade ago, but the EMEA (Europe, Middle East and Africa) region is now at the forefront, with many network sharing deals across Eastern Europe and Africa, notes Téral.

He goes on to note that, in Africa, Nigeria "is the most successful and innovative telecom infrastructure country."

The analyst also notes that IHS Towers, which owns and manages mobile towers in multiple countries, including Nigeria, Cameroon, Côte dIvoire, Zambia and Rwanda, is the largest cellular networking tower company in emerging markets and has contributed to the success of the network sharing model in Nigeria, where it has more than 15,600 towers that are used by all of the country's major mobile operators.

Téral adds that with many markets reaching mobile subscriber saturation, and with mobile service revenues under pressure, more mobile operators will sell their towers to companies such as IHS Towers: Indeed, the tower management company expanded its presence in Nigeria in 2016 by acquiring Helios Towers Nigeria Limited, a move that added 1,211 diversified tower sites to its network in Nigeria.

In the future, the implementation of network functions virtualization (NFV) capabilities will "provide the next wave of operational efficiencies in network sharing," believes the analyst, with the concept of network slicing, in particular, making it easier to "share networks among several service providers."

Network sharing is one of the trends analyzed by Téral in his most recent Mobile Infrastructure Market Tracker report.