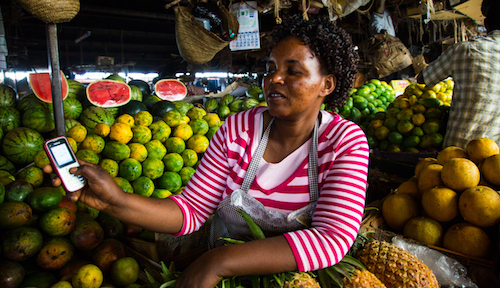 A new report has highlighted the continuing presence of significant barriers to accessing the Internet in four African countries, and notes that these barriers extend beyond mere affordability of access.

Although the report is not entirely objective -- it was carried out by Research ICT Africa but backed by Mozilla -- it sheds some light on why citizens in Kenya, Nigeria, Rwanda and South Africa still find it difficult to get online even where there is access to subsidized data, such as zero-rated offerings.

Certainly, Internet penetration is still low in Africa generally compared to other regions of the world. Recent statistics from the International Telecommunication Union (ITU) for 2017 note that 21.8% of Africa's population is now using the Internet, although this percentage rises to 40.3% for people aged 15-24. Around 18% of African households have Internet access compared with 84.2% in Europe, and Internet penetration is 24.9% for men in Africa and 18.6% for women.

The ITU further noted that the cost of the handset, rather than the cost of the service itself, is often reported as the main barrier to owning a mobile phone. "Another important barrier is the lack of perceived benefits. In communities where overall mobile uptake is low, mobile phone use is perceived to have fewer benefits since fewer community members are also using this mode of communication. Other barriers include lack of ICT skills necessary for accessing the Internet through a mobile phone," the ITU report said.

Looking at individual countries in more detail certainly reveals that barriers to access can vary considerably, as shown by the research into Kenya, Nigeria, Rwanda and South Africa. According to Research ICT Africa, there is still a significant urban-rural divide in opportunities to access the Internet.

Dr. Alison Gillwald, executive director of Research ICT Africa, added that the use of subsidized data such as zero-rated content often "glosses over the fact that many people in rural communities don't even have access to the best subsidized offerings and have to spend largely disproportionate amounts of their already low income on mobile access, and that's assuming they can even find electricity to charge their devices."

Jochai Ben-Avie, senior global policy manager at Mozilla, also pointed out that few respondents to the survey in the four African countries actually use or depend on zero-rated data. "We are, however, seeing a lot of interest in 'equal rating' compliant models which provide access to all of the Internet, not just some parts of it," he said.

"More must be done to connect the unconnected. This research makes clear that it's critical we all focus more on barriers like healthy competition outside urban areas, electricity, digital literacy and gender power relations," added Ben-Avie.

The key findings of the report included: