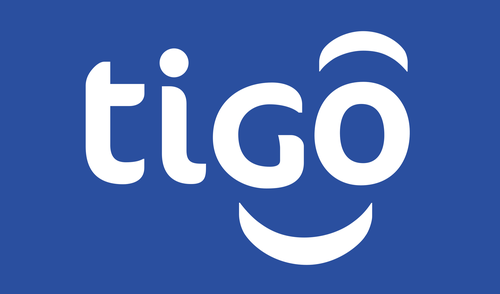 Millicom International Cellular SA (Nasdaq: MICC) told Connecting Africa that Wari had failed to secure financing needed for the deal but that a rival offer from a consortium -- involving NJJ, Sofima (a telecom investment vehicle managed by the Axian Group) and investment holding group Teylion -- would allow it to proceed with the sale.

"Wari has not provided the financing required for the deal, thereby not meeting the terms of the Sales and Purchase Agreement (SPA) further to which we are exercising our right to terminate the transaction," said a spokesperson for Millicom in comments emailed to Connecting Africa. "The telecom consortium approached us with an alternative offer that provides continuity to the transition process started back in February this year."

Millicom would not disclose details of the price that NJJ has agreed to pay for Tigo Senegal, although it would have received $129 million under the original deal with Wari.

Niel is a well known figure on the European market as founder of French operator Iliad (Euronext: ILD) and the Free brand, and is known to be looking to diversify his portfolio. Iliad plans to launch an operator in Italy this year, for example, and has also invested in Switzerland, Monaco and Israel. Early in 2016, NJJ also acquired a minority stake in Alliance Miniere Responsable (AMR), a Paris-based company developing bauxite reserves in Guinea. Iliad has also launched a mobile service under the Free brand in Reunion, using the network of Telco OI -- co-owned by Iliad and Axian.

Axian Group (formerly the Hiridjee Group), meanwhile, is active in the areas of telecom, financial services and real estate in Africa and the Indian Ocean, with telecom activities including the operator Telma in Madagascar, Towerco of Madagascar (TOM), Télécom Réunion Mayotte (TRM) and Telecom OI.

Millicom has operations across Africa and Latin America, with the core of its business focused on the latter. In Africa, specifically, Tigo operates in Ghana, Tanzania, Rwanda and Chad and, until recently, was active in Senegal. Besides the deal to sell its operations in Senegal, it is also looking to offload its stake in Helios Towers Africa and has agreed to combine its operations in Ghana with those of Airtel. Once that deal has received regulatory approval, each company will have equal ownership in the resulting joint venture.

Like other service providers with pan-African operations, such as Orange (NYSE: FTE) and Airtel Africa, Millicom had recently been reporting improved financials for Africa while also restructuring its operations on the continent, leading to speculation that it may also be considering an exit altogether. (See Airtel Africa Provides Some Solace for Bharti in Q1, African Revamp Has Paid Off, Reports Airtel, Orange Buys Airtel Ops in Burkina Faso, Sierra Leone, Orange Trumpets Africa Boost in Q2 and Millicom Africa Exit on the Cards After Positive 2016.)

But after providing a positive update on the state of its overall business for 2016, Millicom painted a less positive picture for the second quarter of 2017 and said its primary objective for Africa in 2017 "is to ensure that the region can fund itself going forward. We remain confident that we will achieve this goal in 2017 notwithstanding the challenging operating conditions that we have seen year-to-date."

In the second quarter, Millicom added 149,000 mobile subscribers in Africa, "ending the period with 21.7 million mobile subscribers in Africa and reversing the net losses experienced in recent quarters largely due to the impact of SIM electronic registration requirements implemented in Tanzania during 2016." All figures for the second quarter excluded the Senegal operations.

However, it said overall market conditions "remain extremely challenging in Africa," and that service revenues contracted by 6.2% to $172 million in the second quarter, after declining 3.6% in the first, with growth lower in the second quarter than in the first in every one of its markets except Ghana. EBITDA in Africa also declined 18% year-on-year to reach $47 million. It ended the quarter with 21.7 million mobile subscribers in Africa after adding 149,000 mobile subscribers, "reversing the net losses experienced in recent quarters largely due to the impact of SIM electronic registration requirements implemented in Tanzania during 2016."