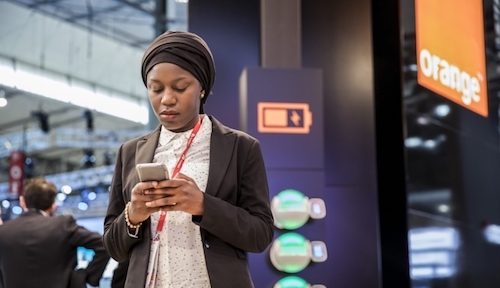 Orange hailed the recovery of its business in the Middle East and Africa (MEA) segment as one of the key factors that helped improve the overall group performance in the second quarter, reporting a 1.4% year-on-year increase in group revenue, to 10.2 billion ($11.9 billion), in the three months to June.

As highlighted by Stéphane Richard, chairman and CEO of the Orange Group, "the acceleration seen in the group's growth was confirmed by the first-half results, and in particular the performance in the second quarter, driven by France, Europe and Africa and the Middle East."

The group will no doubt be relieved by the improvement in the MEA segment following a disappointing first quarter, when revenues across the region were up just 0.7% in the quarter, to around 1.2 billion ($1.4 billion), compared with the year-earlier period. In the second quarter, revenue rose by 2.7% on a comparable basis to 1.25 billion ($1.46 billion), led by the Côte d'Ivoire group, Sonatel group and Morocco. (See Orange Disappointed by Africa Biz in Q1.)

Although the rate of increase is above the 2.3% that Orange (NYSE: FTE) reported in the same quarter of last year, it is well below the 4.4% reported for the first quarter of 2016 and means the company is still at risk of missing its ambitious growth targets for the region. In 2015, Orange executives announced plans to increase revenues in Africa by 20% between 2015 and 2018. (See Orange's Africa Targets in Doubt After Sales Slowdown and Orange Aims for 20% Sales Growth in Africa.)

In the first half of the year, revenue in MEA increased 1.7%, to 2.49 billion ($2.91 billion), including a 3.6% increase from mobile services, to just over 2 billion ($2.3 billion), and an 8.9% rise in mobile equipment sales. Adjusted EBITDA increased by 0.9% in the period, to 764 million ($893 million). Analysts from Jefferies International also noted that EBITDA was slightly below expectations, as it was 3.2% below consensus estimates for the first half. Reflecting the ongoing rollout of 4G networks in the region, capex rose 16.5%, to 428 million ($500 million).

Orange said it has deployed 3G in all 21 countries within the region, with 4G now also available in 11 countries (Botswana, Cameroon, Côte dIvoire, Guinea Bissau, Jordan, Liberia, Madagascar, Mauritius, Morocco, Senegal and Tunisia). In the first half of 2017 it opened 2,000 new sites, mainly in Egypt, Morocco, Côte dIvoire and Cameroon. Orange Egypt is in the process of rolling out 4G services following the acquisition of a license in October 2016.

In terms of customer numbers, mobile net additions in MEA improved to 3.9 million in the second quarter following 2.7 million additions in the first quarter. The total number of mobile subscribers in the region stood at 127.2 million by the end of June. In addition, Orange Money had 32.4 million customers and an active base of 10 million customers at 30 June 2017.

Orange's business in MEA appears to be largely sustained by newer areas of business, such as Orange Money as well as mobile data and B2B revenue. Orange said data revenue increased 33% year-on-year in the second quarter, while revenue from Orange Money increased by 65% and B2B sales were up 6%.