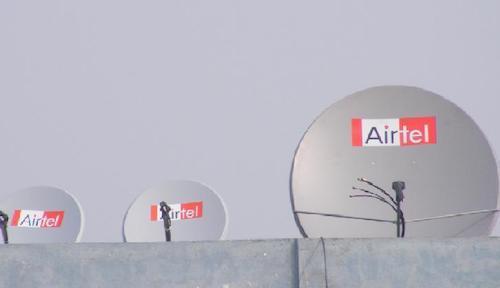 Bharti Airtel's woes in India continued in the three months to June 30, 2017 as the operator reported its smallest profit in 18 quarters, but the group's African operations again showed positive progress with slightly higher revenue and a second consecutive profitable quarter.

In US dollars (at constant currency rates), Airtel Africa was able to increase underlying revenue by 1.5% year-on-year to $736 million in the first quarter of the 2017/18 financial year. The operator noted that its continued focus on costs and efficiencies resulted in a lower operating expenditure of $381 million compared with $422 million in the corresponding quarter last year.

EBITDA also rose from $151 million to $206 million with an improved EBITDA margin of 28% compared to 20.6% in the previous year, while net income for the quarter was $52 million compared with a loss of $78 million in the corresponding quarter last year.

Raghunath Mandava, MD and CEO of Airtel Africa, partly attributed the positive performance to "the data story in Africa," which he said is "unfolding well" with data consumption increasing by 75% and data revenues by 11.3% to $138 million on a year-on-year basis. Mobile data revenues now represent 18.7% of total mobile revenues, up from 16.9% a year ago.

Bharti Airtel Ltd. (Mumbai: BHARTIARTL) revamped its African operations during the 2016/17 financial year in an effort to improve its financial performance and, as part of that strategy, it sold its operations in two countries, Burkina Faso and Sierra Leone, to Orange. (See Orange Buys Airtel Ops in Burkina Faso, Sierra Leone.)

As a result of the divestments, Airtel now offers 3G and Airtel Money services in 15 African countries -- Nigeria, Chad, Congo B, Democratic Republic of Congo, Gabon, Madagascar, Niger, Ghana, Kenya, Malawi, Seychelles, Tanzania, Uganda, Zambia and Rwanda. At the end of June, it had just over 80 million mobile customers -- broadly in line with the previous quarter and 4% up on the previous year. Including India and South Asia, Bharti Airtel's total mobile customer base stood at 362.7 million, up 2% on a quarterly basis and 6.1% higher year on year.

Following last year's revamp, further changes to Airtel's African operations are in the works: The operator has agreed to combine its operations in Ghana with those of fellow pan-African operator Millicom. Once that deal has received regulatory approval, each company will have equal ownership in the resulting joint venture.

Furthermore, Bharti Airtel is also reported to be one of the operators in the race to buy 9mobile, the former Etisalat Nigeria, in a bid to boost its operations in this important market for the group. Other interested parties are said to include Orange, Virgin, Vodafone, Vodacom and Nigerian industrial group BUA. (See Virgin Mobile, Vodacom Emerge as Potential 9mobile Investors – Reports.)

Despite continuing rumors that Bharti Airtel may eventually quit the continent altogether, for now Airtel's management appears to be committed to its operations in Africa and continuing to improve its financial performance in the region.