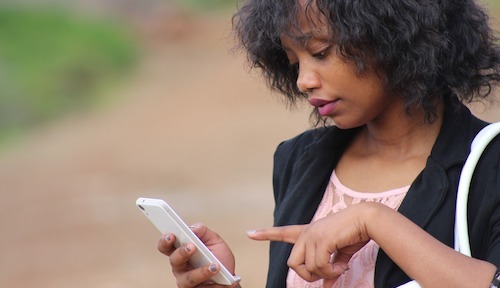 The smartphone market in the Middle East and Africa (MEA) remained somewhat sluggish in the second quarter of 2017, but a recent report from research firm GfK predicted that the market would grow in 2017 primarily due to demand from African countries.

In the second quarter of 2017, smartphone sales in MEA increased just 1% year-on-year to 42.2 million units -- even though GfK AG described the quarter as the strongest second quarter on record for the global market, with sales increasing 4% to 347 million units. In terms of sales value, the MEA market declined 7% to $9.9 billion.

The research firm said the slowdown in growth over recent quarters in MEA "is largely due to macroeconomic weakness in the region and device saturation in the Middle East. Egypt in particular is experiencing very high inflation. Demand here declined 4% year-on-year in 2Q, while GfK forecasts a fall of 10% in 2017."

However, GfK noted that MEA is a large and diverse region and predicted that overall smartphone demand will increase by 5% year-on-year in 2017, to reach 176.2 million units. That would put the market in fourth place after China, emerging Asia and North America. "Growth will come primarily from those Sub-Saharan and South African countries where smartphone penetration is still relatively low," the company added.

In terms of smartphone vendor rankings, IDC also noted that Samsung Electronics Co. Ltd. (Korea: SEC) was still the leader in the first quarter of 2017, with a 29.8% share, followed by China's Transsion Holdings with a 23.9% share. Transsion dominates the feature phone market, with its Tecno and itel brands accounting for about 60% of the African market in the first quarter of 2017.

According to the Market Intelligence & Consulting Institute (MIC) of Taiwan, Tecno had a majority market share of the feature phone and smartphone market in Tanzania and Nigeria in 2016.

GfK said emerging markets are continuing to drive smartphone growth. Arndt Polifke, global director of telecoms research at GfK, added that where macroeconomic factors and consumer confidence are having an impact, "operators and retailers are employing localized tactics to ensure the smartphone remains the connected device of choice.

"The record [global] demand for smartphones in the second quarter this year shows that, despite saturation in some markets, the desire to own a smartphone is a worldwide phenomenon. How that manifests itself differs widely by region," Polifke said.