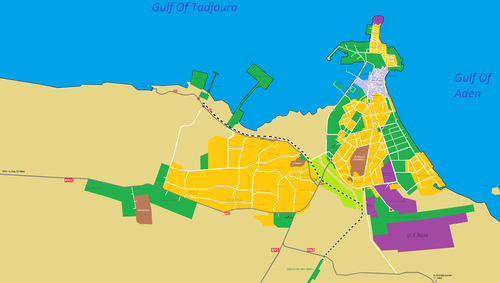 A carrier-neutral data center hub, the DDC serves as a major meeting point for submarine fiber cable systems including the new SEA-ME-WE 5 submarine cable designed to connect Asia, the Middle East, Africa and western Europe. China Telecom Global is a founding member of the consortium for the new cable system, which is expected to be ready for service in late 2016.

Liu Changhai, managing director of China Telecom (Africa and Middle East), said that the addition of the SEA-ME-WE 5 cable to CTG's fiber cable assets in the region is in line with China's so-called "Belt and Road" initiative that was unveiled in March 2015. The initiative seeks to enhance regional connectivity across Asia, Europe and Africa and is open to all countries and organizations.

"The cooperation with DDC is a significant component of our overall commitment to contributing to the digital evolution and economic development of Africa," he said.

CTG noted that it has resources on 38 submarine cables and is also participating in the construction of more than ten.

SEA-ME-WE 5 will extend over a distance of about 20,000 kilometers and employ 100Gbit/s technology, with an initial system capacity of 24 terabits to provide customers with low-latency and direct connectivity. It will connect Djibouti with China via 18 landing points located in Singapore, Pakistan, the UAE, Oman, Egypt, Italy, France and more.

The DDC already provides access to fiber-cable systems such as AAE 1, EIG, EASSy, Aden-Djibouti and Ethiopia-Djibouti. The center's CEO, Anthony Voscarides, said the addition of CGT "further enables the development and introduction of new services that will help drive economic and social well-being in the region."