This theme was the backdrop to many of the sessions, with Intelsats Brian Jakins stating during a panel discussion on the provision of broadband: "We have a social responsibility to connect rural communities.

ICT4D expert and member of the Universal Service Access Fund Nixon Mageka Gecheo declared in his Government Keynote Address that: Every Kenyan has the right to information before detailing the progress and achievements of the Universal Service Access Fund. The main objective of this fund is to support the provision of affordable and reliable ICT in Kenya. One its most recent achievements has been the provision of KES 500m, which will be spent on broadband connectivity in secondary schools across the country.

East Africa is leading the way where a number of ICT developments and innovations are concerned, and this is no less apparent than in the area of mobile financial services, where the adoption of services such as M-PESA has been tremendous. One only need to look at the fact that Safaricom are currently processing 1 KCB partnered loan every second, to see that mobile financial services has become a way of life for a great deal of East Africans.

Financial services came under the spotlight in a number of East Africa Com sessions, such as the Finance Leader Roundtable and the CIO Roundtable. One of the most pertinent topics was the importance of furthering financial inclusion, with Equity Banks GM of Technology Jack Ngare, stating during the MVNO panel that: "With 40% of Kenyans living on less than $1 a day it was important for us to make mobile banking more reasonable."

"Banks need to work with M-PESA to drive financial inclusion"

Working together, uniting efforts and infrastructure was also a hot topic of conversation in the financial services sessions, with Kenya Commercial Bank CIO Avi Mitra stating that rather than seeing M-PESA as the competition, commercial banks should forge partnerships with mobile money firms, as they "are no longer operating in an isolated ecosystem - banks need to work with M-PESA to drive financial inclusion." The regions leading banks were all in attendance during the Finance Leaders Roundtable, such as the National Bank of Kenya, I&M Bank and the Kenya Commercial Bank, where discussions centred around the importance of robust cyber security but also the need to educate customers on their role in safeguarding their accounts. The challenge for banks is to provide an easy and convenient service for banking customers that continues to be underpinned by complex and robust security.

A first for East Africa Com this year, was the introduction of the brand new Broadcasting in the Digital Era sessions, which proved to be extremely popular with delegates. From discussions ranging from how to launch a TV channel in the digital age and the technologies that can drive access to digital television regardless of location, one of the most central issues was the provision of high quality, local content to service these digital channels.

"Live content is important, it connects  we need to bring local sports into the spotlight"

Panelists from the regions leading media, telecoms and broadcasting companies noted that operators have to be creative, have good content and even better connectivity and packages to bring it home. Using the genre of live sports as an example Moses Kemibaro, Commercial Manager at Perform Group in East Africa, noted that: Live content is important, it connects  we need to bring local sports into the spotlight [using digital television], which has been neglected. This years East Africa Com was the scene of overwhelmingly spirited and lively debate, incorporating a multitude of novel ideas and topics, spanning the entirety of the East African digital landscape.

There are still a number of incredibly pertinent challenges that are being tackled on a daily basis but as Andile Ngcaba highlights: There is huge change in this industry, sometimes when we look at todays challenges, we talk about them as if we have not made a lot of improvement in the last 18 years or so in this industry, which could not be further from the truth.

Through the numerous networking sessions, workshops, panel discussions and exclusive after party, there is a definite sense of optimism which is currently purveying the sector, conversations are being had and business is being done, which will undoubtedly result in marked growth in the near future.

It is going to be a revolution in the next few years when all these countries come together to join the international digital community. - Nigel Bruin, Huawei

We would like to take this opportunity to thank all delegates, speakers, partners and exhibitors for making East Africa Com 2016 the most successful to date. We look forward to meeting up with you all again next year and down in Cape Town in November for AfricaCom.

Keep up to date with all Com World Series news and take part in the conversation over on our social media channels, or comment below:

If you would like to submit a round-up, article or interview covering East Africa Com or any other Com World Series event, please get in contact here.

comments
Latest Articles
Ethiopia telecoms liberalization moves forward despite COVID-19
Ethiopia's communications regulator is going ahead with plans to issue two new telecoms licenses in the country, despite the current COVID-19 crisis.
Vodacom plots fintech path with nano-loans
Vodacom wants to extend successes with its nano-lending products in Kenya and Tanzania to its other markets.
EXCLUSIVE: MTN Zambia and Vanu to provide off-grid connectivity
Vanu has been selected by MTN to extend mobile connectivity to Zambia's off-grid communities.
African smartphone users could help find COVID-19 treatment while sleeping
Smartphone users in Ghana, Lesotho and South Africa can now help scientists speed up COVID-19 research by letting the DreamLab app run on their smartphones while they sleep.
5G in Africa is inevitable, but not imminent – GSMA
GSMA Africa Head, Akinwale Goodluck, believes Africa needs to get a few more things right before 5G can significantly roll out on the continent.
More Blogs 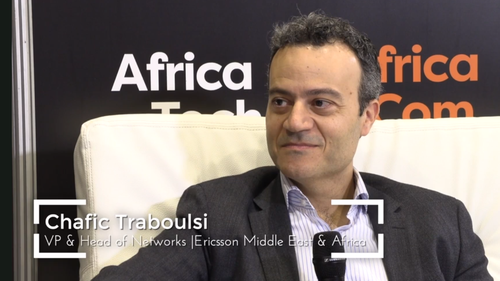 At the recent AfricaCom event in Cape Town we spoke to Chafic Traboulsi, head of networks for Ericsson, Middle East and Africa, about the ... 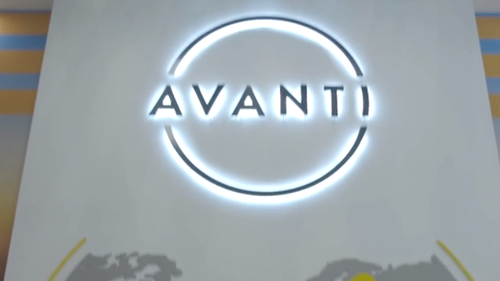 Avanti Country Manager and Sales Director for Southern Africa, Brenden Pronk, discusses the latest development at Avanti and calls for the ... 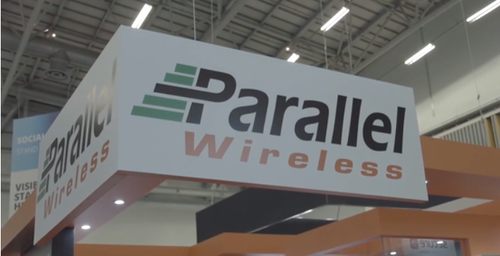 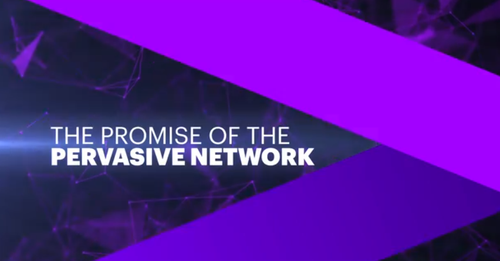 This new video will inspire companies to reimagine their business for success in a world where connectivity is more than a commodity. Sponsored Video 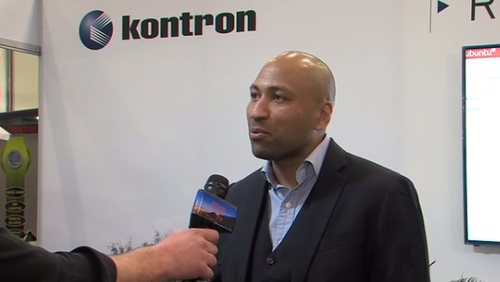 This webinar looks at the key network infrastructure decisions that mobile operators will need to make as they place their 5G plans, with a particular focus on the latest antenna technology and the benefits of beamforming. 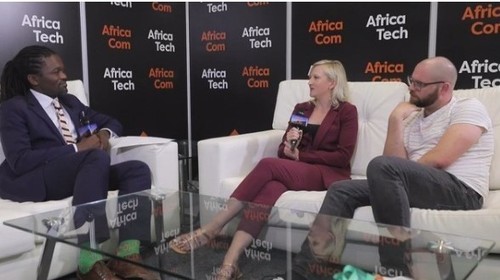 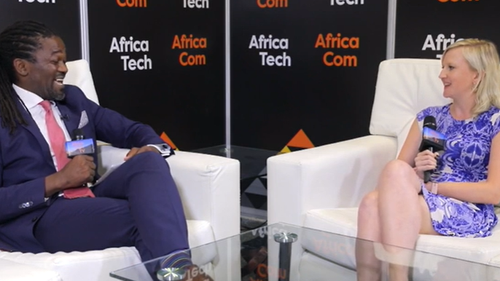 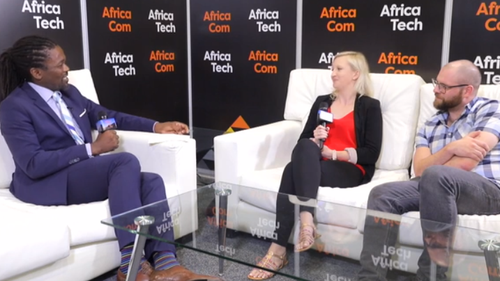 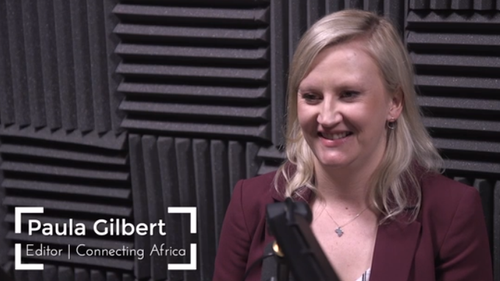 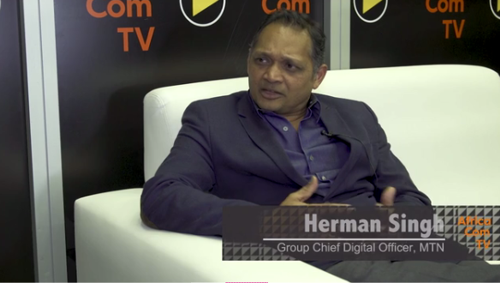 2/25/2020
East Africa Com Interview: Anne Wangalachi on how tech is transforming agriculture
The largest population growth globally is happening in Africa and innovation in agriculture is, without a doubt, an important tool to tackle food security for the rapidly growing population.

2/19/2020
East Africa Com Interview: GlobalX's Sylvia Mukasa on women in tech
Gender-responsive policy is critical for Africa and involves the integration of gender in ICT-related strategies, policies, plans and budgets, with clear gender-equality targets. So says ...

2/12/2020
How the digital healthcare revolution will be realized
The way in which banking and travel have embraced technology has created a "digital first" approach for people across the world. Whether it is booking flights or transferring money, many ...

12/24/2019
RSAWEB's Rudy van Staden says connectivity is lighting the fuse of an IoT boom
Just like the Internet itself many years ago, the Internet of Things (IoT) was initially viewed as nothing more than a fad that would have little impact on our daily lives. We know now ...

11/11/2019
AfricaCom Interview: Irdeto's Jim Phillipoff on Smart Home Security
The possibilities that the Internet of Things (IoT) and its millions of connected devices create are infinite and can bring many benefits to consumers and society as a whole. However, they ...