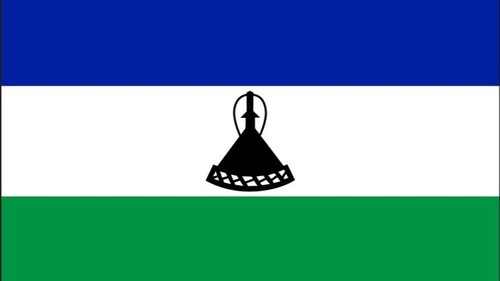 Vodacom's unified license in Lesotho has been revoked by the Lesotho Communications Authority (LCA) for failing to pay a M134 million (US$8 million) fine.

The South African-based mobile operator, however, is not taking the news lying down and has already lodged an urgent application in the High Court of Lesotho to have the decision reviewed and set aside, calling the fine "a staggering sum." It is telling customers in the mountain kingdom that it is still "business as usual."

The fine is for alleged contraventions of section 97 of the Companies Act 2011, and certain conditions of its unified license. Vodacom told Connecting Africa it is also challenging the lawfulness of the LCA's decision to revoke its license.

"We had no option but to seek relief in the courts because the LCA's decisions imposing an excessive fine as well as the revocation of Vodacom's operating license are both erroneous as a matter of law and public policy," Vodacom Lesotho's MD, Philip Amoateng, said in an emailed statement.

Vodacom has called the $8 million fine it is facing in Lesotho "excessive" and "a staggering sum."

Vodacom said it was shocked to receive the notice of revocation of its unified license on Thursday, October 8, 2020, calling it a "flagrant disregard of the rule of law."

According to local publication The Post, the LCA's CEO, Mamarame Matela, sent a letter in September instructing Vodacom Lesotho to immediately pay M40.2 million ($2.4 million), with the remaining M93.8 million ($5.6 million) suspended for five years on the condition that Vodacom does not commit any further contraventions of its regulatory obligations during that time.

Vodacom Lesotho has 14 days to apply to have the LCA decision on the fine reviewed by the High Court.

Connecting Africa reported back in February that Vodacom was facing trouble in Lesotho and that the local authority was threatening to revoke its license.

At the time the LCA said it had issued the penalty against Vodacom Lesotho in August 2019 "for failure to pay regulatory fees as they fell due and payable on or by July 1, 2019," and laid out a number of other regulatory issues to do with the SA-based operator.

The LCA accused Vodacom of not fulfilling a contract to provide Internet to some of the country's high schools. It also took issue with the fact that the auditing firm Vodacom hired in Lesotho is allegedly run by a relative of Lesotho board chairman, Matjato Moteane, which the LCA said was a conflict of interest.

In May, Vodacom Lesotho made written representations against the revocation of its license following several engagements with the LCA.

Lesotho remains Vodacom's smallest market and Amoateng said the operator has about 1.2 million customers and 661,000 M-Pesa users. It does, however, dominate the market in the country with almost 70% market share according to statistics from market research company Omdia.

"The LCA has unfortunately violated its prescripts and rules and our efforts to find an amicable solution to the dispute has drawn a complete blank. Given the hostility shown by the LCA towards Vodacom, our options are now limited to seeking redress in the courts to avert further damage to our brand, reputation and the interests of stakeholders, including our customers, shareholders and employees," said Amoateng.

Vodacom said that since its launch in Lesotho in 1996 the company "has made significant contributions to the fiscus, helped bridge the digital divide and introduced programs that have benefited many of the country's citizens."

It said its direct and indirect tax contribution between 2018 and 2020 was M1 billion ($60 million) and it had invested M2.2 billion ($132 million) in providing ubiquitous connectivity to the Basotho people with its nationwide network now covering 98.5% of the population.

"These actions put at risk the country's telecommunications ecosystem, including financial services platforms such as M-Pesa, and tens of thousands of jobs. Through significant investments by Vodacom Lesotho, the country has been at the cutting edge of new technologies having been the first on the continent to launch 5G," added Amoateng.

"As a responsible corporate citizen, Vodacom Lesotho remains committed to complying with regulations and the rule of law and further contributing to the country's economic recovery in the wake of the global COVID-19 pandemic. Crucially, it remains business as usual for all our customers," he concluded.