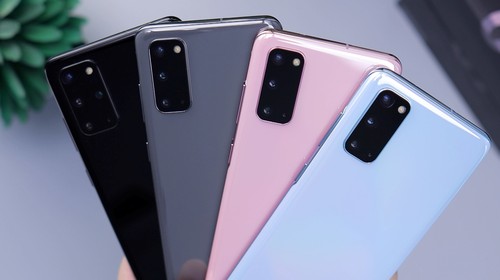 South Africa's smartphone penetration was over 90% in 2019, while mobile users increased overall. But the country saw a drop of almost 20% in fixed broadband subscriptions as more South Africans opted for wireless solutions or used the Internet on their mobile phones.

South Africa's smartphone penetration increased from 81.7% in 2018 to 91.2% in 2019, according to the Independent Communications Authority of SA (ICASA)'s 2020 State of the ICT Sector report.

The report is the fifth of its kind from ICASA and the data used to compile it was collected over a 12-month period ending September 30, 2019. ICASA said the data used was collected from secondary sources  such as Statistics South Africa (Stats SA) and OOKLA  as well as through a detailed questionnaire sent to relevant stakeholders.

Smartphone penetration, as of September 30 each year 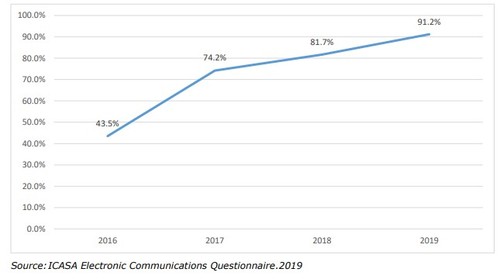 ICASA totaled SA smartphone subscriptions at 53.38 million in 2019, coming up close to South Africa's total population of 58.78 million, according to Stats SA's estimated mid-year figures for 2019. Of course, that does not mean that over 90% of people have a smartphone, as some citizens could have more than one smartphone subscription and others still use feature phone devices or do not have a mobile phone at all.

Overall, South Africa's mobile numbers are also increasing. Mobile cellular data subscriptions jumped 18.8% from 65 million in 2018 to 78 million in 2019. Over five years there was an increase of 13.9%.

Africa is known to be a mobile-first continent where the majority of Internet access is through mobile devices. According to Stats SA's latest General Household Survey data, 60% of South African households had access to the Internet using mobile devices in 2018. The proportion of households who use only cellular phones as a means of communication also grew from 85.5% in 2015 to 89.5% by 2018.

When you look at a five-year period, fixed broadband subscriptions have increased in South Africa by 29.4% and fiber Internet subscriptions rocketed 168.2%.

SA's fixed broadband subs sat at around 3.1 million in 2019, with DSL Internet making up 1.4 million, fiber Internet 1.6 million and "other fixed (wired)-broadband subscriptions" making up the last 24,000.

Fixed broadband subscriptions, as of September 30 each year 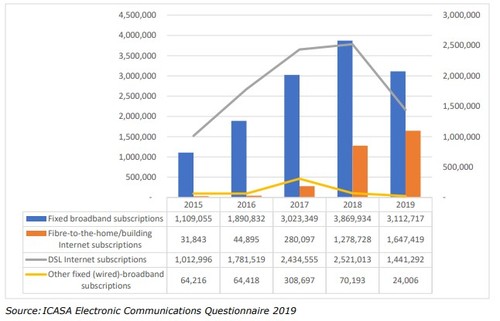 Wireless broadband subscriptions, as of September 30 each year 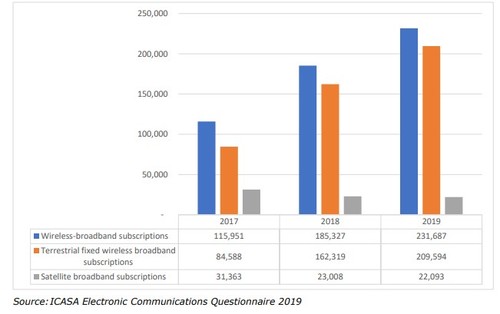