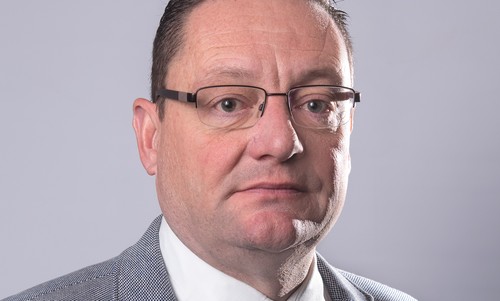 Cell C interim CEO Douglas Craigie Stevenson has opened up publicly about the "financial and other challenges" the South African mobile operator faces, sending an open letter to the media.

He said the operator has hired legal and financial consultants to probe Cell C's business practices and advise on a restructuring. It has also implemented "significant austerity measures" and a hiring freeze.

Craigie Stevenson was appointed in March 2019 as interim CEO and says at the time he was given a clear mandate from the Cell C board to right-size and optimize the business.

"There was an acknowledgement that the company faces, and continues to face, financial and other challenges," he said in the letter sent to Connecting Africa.

The goal for Cell C is to become significantly better focused on operational performance, sound business ethics and accountability throughout the business, he said.

Analyst and MD of World Wide Worx, Arthur Goldstuck, believes the letter and its message is a good thing for Cell C and it is "probably long overdue to take this kind of rigorous approach to righting the ship".

Goldstuck believes that Cell C still has "a massive user base with massive potential, so if one can get the operations right and the strategy right, it's a business well worth saving."

Craigie Stevenson said the company's efforts to improve the financial management of the business were enhanced in December 2018 when new CFO, Zaf Mahomed, joined. He added that the financial results for the second quarter of 2019 are also showing some promising improvements to the bottom line, based on the measures taken since March 2019 to right-size the business.

"The company continues to face real challenges and we are in active discussions with our stakeholders with a view to achieving a secure financial position.

"We have implemented significant austerity measures and have cut costs which do not contribute to revenue generating activities, including a review of all contracts to ensure alignment with business priorities and a hiring freeze," Craigie Stevenson said in the letter.

"We have appointed attorneys Bowmans to investigate any parts of the business where we suspect that there may be irregular business practices and have also hired PwC to do a full procurement audit and review of our processes," added Craigie Stevenson.

Furthermore, the CEO said Cell C has a zero-tolerance policy towards illegal or unethical activity and has encouraged employees to use the independent whistle-blowers service to anonymously report irregularities or illegal activities.

Goldstuck said it's hard to say exactly what these potential irregular business practices are but it's possible the business "was run in a kind of cowboy fashion, ever since [former CEO] Alan Knott-Craig was there."

"Cell C took a kind of maverick stance and with that you often get a cowboy style of management. Chances are that a lot of corners were cut; processes not instituted; and procedures not followed," Goldstuck added.

He said that Craigie Stevenson's job has been to clean up the business and to do that he has to tackle a clean-up from every perspective, which means a strict due-diligence for which he would probably need both legal and accounting specialists to scrutinize the business.

Shareholder support
"The open letter was clearly targeted to impact the market, issued either with the support of Blue Label or to induce them to act," said independent analyst Charley Lewis.

Johannesburg Stock Exchange-listed Blue Label Telecoms, which owns a 45% stake in Cell C, put out its own statement in response to Craigie Stevenson's letter, saying it "wishes to reassure shareholders that no material concerns or issues have been uncovered as a result of Cell C's new management conducting a deep dive into the business practices of Cell C in a drive for efficiencies.

"In anticipation of the transaction resolving the liquidity position at Cell C, and launching the new, improved operating model, Cell C's management and board are ensuring that Cell C is sufficiently geared to run the business as required," Blue Label said.

"I want to emphasize that Cell C is strategically positioning itself and we are using our best efforts to be a strong participant in the industry, I firmly believe we are on the right track," Craigie Stevenson added.

"[It has] struggled, since its entry into the market nearly 20 years ago, to gain traction and market share, despite asymmetric regulation on the part of the Independent Communications Authority of SA (ICASA)," added Lewis.

Cell C's debt levels are now back up to around R9 billion ($640 million) and it is trying to secure new funding from a group of investors.

"The problem with just pumping money into a business, that has not got its strategy and operations right, is that you are just pouring money down a black hole. So recapitalization is pointless without re-strategizing," Goldstuck pointed out.

Telkom takeover
When asked what Cell C's future could look like, Goldstuck said there are two likely possibilities.

"The one is that they get their strategy and operations sorted out quickly and they return to health relatively soon, and then begin organic growth that will keep the investors and the bankers happy. If they don't succeed in that then chances are it will be put up for sale, and if it is put up for sale then Telkom is a very likely bidder," he added.

There has been speculation in the market for some time that smaller operator Telkom Mobile was looking to buy out Cell C.

Goldstuck says that Telkom's strong subscriber growth sent shock-waves through the industry, and suddenly it went from being a small challenger to a significant one.

"Certainly, the inroads that Telkom was able to make on the basis of clever roaming agreements and buttressed by deeper pockets will not have helped Cell C's business case. But it is important for the market and for consumer choice that the company survive and prosper. We need a fully competitive market; the two dominant players [MTN and Vodacom] need challengers with aggressive pricing and innovative offerings," said Lewis.

Goldstuck says Telkom buying Cell C would be fantastic for Telkom from a customer acquisition point of view "because they will instantly become one of the big three as opposed to one of the small two [operators]. But they will also be inheriting a very challenging business because of the low average revenue per user (ARPU) that Cell C has."

For a network of its size, Cell C's revenue per user is not very healthy, Goldstuck said, and it remains significantly below the other three networks.