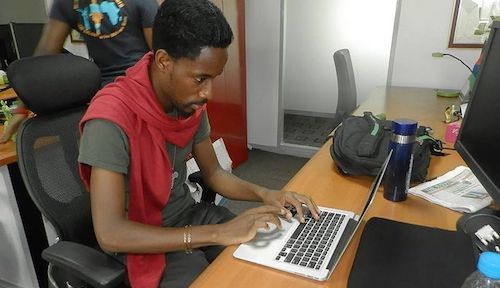 Google announced at its recent Google for Nigeria event that 200 WiFi hotspots will be offered free of charge to connect 10 million Nigerians to the Internet. It plans to start in the capital city of Lagos before expanding into the states of Kaduna, Port Harcourt, Ibadan, Enugu and Abuja in 2019.

Under the banner of Google Station, the hotspots do not form a part of Google's Loon project. Instead, they will use a fiber optic network rolled out by local ISP 21st Century, with Google (Nasdaq: GOOG) providing software and technical support. Google will not pay the ISP but will share ad revenues generated from usage.

Nigeria will be the first African country to have Google Station, a part of the Internet company's "Next Billion Users" project to connect people in less developed markets. The service has previously landed in India, Indonesia, Mexico and Thailand.

It is not the first free Internet access service in Nigeria, however. Late last year, Facebook , with local partner Coollink, launched Express WiFi to provide affordable Internet connections. Prices for that range from 40 Naira ($0.11) for 100 megabytes per day to NGN1,900 ($5.3) per month for 10 gigabytes. But users can freely access health, news, sports, jobs and other "useful sites" Facebook includes with its Free Basics service.

This selective free Internet offered by Facebook has drawn criticism over its violation of net neutrality principles, in particular in India. Express WiFi is also being offered in Kenya, Tanzania and Indonesia.