Zimbabwe's Regulatory U-turn – What a Mess 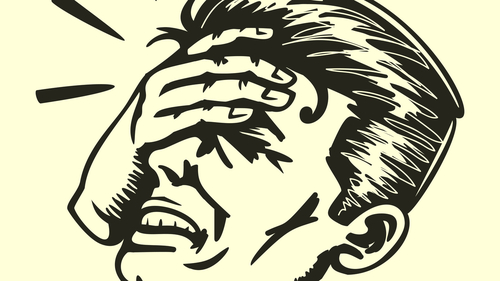 Zimbabwean regulator POTRAZ, in its attempts to arrest sliding revenues across the telecom sector and level the playing field between all operators, has managed to make matters even worse.

The Postal and Telecommunications Regulatory Authority of Zimbabwe (POTRAZ) sought to implement a pricing "floor" on all data and voice services from operators across the country. The intentions seemed to be pretty reasonable, and logical to a certain extent: Operators across the country are seeing a sustained dip in their revenue streams, and a market standard on minimum prices should have, theoretically, helped to arrest the decline and inject some growth back.

The proposal from POTRAZ was to introduce a standard 12c per minute rate on all voice services, as well as 2c per megabyte of data consumed. It's worth noting that a policy of setting a minimum price for all services flies totally in the face of initiatives from regulatory bodies from across the continent, and indeed around the world. The European Commission and the FCC in the US are going in quite the opposite way, setting price caps instead of price minimums.

But with current market conditions being what they are, POTRAZ was certain the change would be the right course of action to protect Zimbabweans.

"POTRAZ, has a mandate in terms of section 4 of the Postal and Telecommunications Act Chapter 12:05 to ensure sustainable and consistent provision of domestic and international telecommunication services. Therefore, the introduction of floor prices will ensure consistent and sustainable long-term provision of services to all Zimbabweans," the regulator noted on its website.

While that definitely qualifies as an answer of sorts, it hardly fills one with confidence that they know exactly what they're doing. You might wonder exactly how floor prices would have solved the issue of revenue reduction for operators. There's an answer for that too, don't you worry.

"Floor pricing does not only focus on revenue, but on sustaining long-term provision of service to consumers throughout the country," it says.

Wait, what? That's just the same answer again -- the question of how isn't even nearly being answered!

Also, the "we're in it for the consumer" angle doesn't really work too well here, since this effectively puts the burden of telco revenue challenges straight on to the customer -- while giving telcos little reason to innovate themselves. Not cool, bro'.

"One of POTRAZ's mandates is to promote innovation," it randomly explains, kind of dodging the question. "Therefore, the Authority has a duty to capacitate innovation drives in line with global technological developments by creating an enabling environment for the sector to provide innovative services, failure of which there would be no innovation to talk about."

OK, at this point, we're kind of getting the picture. POTRAZ knows a lot of words, but doesn't necessarily know how to use them in any convincing fashion.

It looks like the Zimbabwean operators agree, as a parliamentary hearing this week saw three of the countries big mobile operators divide opinion on the way forward, with some arguing "Awww hell no!", and others practically begging for the pricing floor to come into effect.

Econet proposed 12c for voice and 5c for data. NetOne proposed 4c for data at first, then climbed up to 5c in line with Econet; same too for voice as it climbed up from 10c to 12c. Telecel was miles off, requesting half a cent per megabyte.

"The difference in data was too huge with NetOne and Econet proposing five cents and Telecel half a cent," said Telecel Chief Executive Angeline Vere. "We then agreed that we go back and re-look at our positions. We had re-looked and agreed to move to one cent but NetOne and Econet remained at five cents. TelOne then came in and proposed two cents as a floor price."

But then the chief executive of Econet, Douglas Mboweni, said that POTRAZ put the burden of agreeing on a floor price on the operators. Again, not cool, bro...

"We got a letter from the then acting director general Cecilia Nyamutswa who wrote to us to the effect that the promotions guideline was now in place," he said. "We were all excited when we hear that, but we were told that we need to submit what is called a floor price as a precondition to the framework being released.

"This is why all operators subsequently met under the Telecommunications Association of Zimbabwe  Now it must be considered that this was to fulfil the request coming from the then acting director general's letter which was saying you as operators come up with a floor price.

POTRAZ sealed off a spectacular performance of bureaucratic impotence by releasing the following statement.

"As the sector regulator, we are concerned and disturbed by the conduct, double standards, negative utterances and refusal to take ownership of this decision by some Mobile Network Operators. It has become apparent to us that the service providers have decided not to own up to the fact that they engaged the Regulator regarding declining revenues which were, according to them, threatening industry viability and service roll out.

"It is clear that this decision has been met with consumer outcry, understandably so, given the current economic challenges. It is against this background that POTRAZ would like to advise consumers and stakeholders in general of its decision to withdraw Regulatory Determination No 1 of 2016 [the name of the pricing framework] with immediate effect."

Well that was worth it, wasn't it?