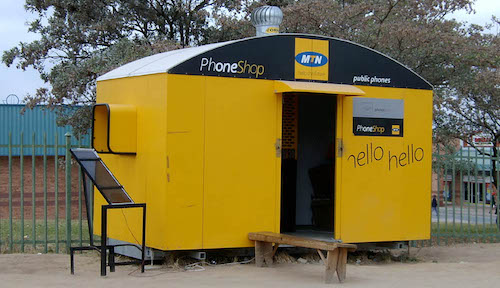 South Africa's MTN is using technology from China's Huawei that allows it to share spectrum between 2G, 3G and 4G services, instead of allocating resources entirely to one network.

The operator was today revealed to have commercially deployed the CloudAIR 2.0 offering in South Africa, where authorities have previously been slow to award new frequency licenses to the telecom sector.

Previously, said the vendor, an operator would have been forced to "refarm" spectrum on a permanent basis, taking airwaves away from the 2G network to support newer 4G technology, for instance.

MTN Group Ltd. says CloudAIR will help to use its "limited" allocation of 900MHz spectrum more efficiently. As a result, it expects to achieve a 45% increase in 900MHz-based 4G throughput.

The technology evidently holds appeal in markets where operators face spectrum constraints and may still be waiting for regulatory authorities to release additional frequencies into the market.

Conversely, it appears to have made limited progress in countries where the opposite holds true. Operators with sufficient spectrum to support 4G services for the foreseeable future may see little need to channel funds into another network technology.

South African authorities were earlier this year reported to be eyeing March 2019 as the date for the country's next frequency auction. Operators have complained they desperately need airwaves to provide higher-speed mobile broadband services to consumers and business customers.