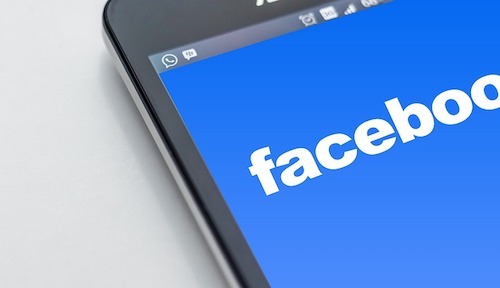 Facebook is still reeling after revelations that one-time app partner Cambridge Analytica gathered data on millions of Facebook customers in the US, without their knowledge, and sold this to Donald Trump's campaign during the 2016 presidential election. The social networking giant faces a potential backlash from consumers in the US and the UK, where Cambridge Analytica is based. It has also fallen foul of regulatory authorities on both sides of the Atlantic.

But what if authorities had little means of addressing such data-related abuses? That is the situation across much of Africa, according to a news story from Reuters, leaving millions of consumers vulnerable to data privacy abuses by the likes of Facebook and its app partners.

Facebook could face a backlash from consumers in Africa.

As the Cambridge Analytica scandal has shown, the existence of data-protection laws may not prevent abuse from happening. But legislation at least means authorities can hold the offenders accountable for their actions. The Wild West nature of many African markets, by contrast, could incite the worst kinds of behavior by online companies in the region.

The issue is pertinent because Cambridge Analytica is reported to have worked on the election campaign of Kenyan President Uhuru Kenyatta. It was also hired in 2015 to support the failed election campaign of Goodluck Jonathan, Nigeria's former president, according to a report from the Guardian.

Privacy campaigners are reported to have argued that some African governments have little interest in passing data-protection laws because they have also used citizens' personal data improperly.

Any new laws could have immediate ramifications for Facebook. In the absence of firm regulation, the company has been offering a pared-down version of its service to consumers in exchange for personal information. Under its Free Basics program, it collects details on when services were accessed, what devices were used and which mobile operators provided connectivity, reports Reuters. It has also been sharing information with third parties, Facebook is said to have admitted.

Coverage of the issue, and negative publicity about Facebook in the wake of the Cambridge Analytica scandal, could deal a blow to the social network, which sees Africa as a major growth opportunity. It might also hurt some of the mobile operators that have signed up to the Free Basics program. While some Africans may be happy trading personal information for data connectivity, others could object strongly, especially if they believe the information could be used to influence an election.

Africa's operators already faced some unique challenges in bringing Internet services to the mainstream market. One way or another, the fallout from the Cambridge Analytica scandal could make the job even harder.